Do you love the taste of a delicious cup of coffee, but want something with a unique twist? If so, then you must try a Cubano coffee! Not only is it incredibly delicious, but it also has some fascinating history behind it.

In this blog post, we’ll explore what makes this coffee so special and provide an in-depth guide on how to make the perfect cup. So if you’re ready for a caffeine-filled morning adventure, let’s jump right in!

Related Posts
Can You Freeze Coffee Creamer?
How Is Espresso Different From Regular Coffee
Is Coffee Bad For Urine Infection
How Often Should You Drink Coffee
Cappuccino Latte Macchiato Mocha Flat White

What makes a Cubano coffee?

A Cubano coffee is a popular Cuban-style espresso drink made with two shots of espresso and steamed or frothed milk, similar to a cappuccino. It is often served with sugar or sweetened condensed milk and can be topped with whipped cream, cinnamon, or chocolate shavings for extra flavor. The key ingredient in a Cubano coffee is the intense flavor of the fresh-brewed espresso, which gives the drink its signature bold and slightly acidic taste.

The espresso used in a traditional cubano coffee must be brewed using Cuban coffee beans, which are typically strong and robust, roasted to perfection and finely ground to allow all the flavors to come through when brewing. The milk used in the drink should also be very hot in order for it to properly combine with the espresso shots. The barista must use caution when steaming or frothing milk; it should not be too foamy as this will overpower the flavor of the espresso. Finally, adding enough sugar (or sweetened condensed milk) will bring out all of the unique nuances of this Cuban specialty coffee.

How strong is a Cubano coffee?

Cubano coffee is a popular beverage found in Latin American countries, especially Cuba. It is strong and sweet, thanks to the addition of sugar before brewing. Cubano coffee is similar to espresso, but instead, the grounds are mixed with demerara or white cane sugar before being brewed in an espresso machine. This results in a creamy foam known as espumita on top of the drink and a smooth, flavorful cup of coffee with notes of caramel and cocoa.

The strength of a Cubano coffee can vary greatly depending on the amount of grounds and sugar used. Generally, it can range in caffeine content from 30 milligrams per 8 ounces (240 millileters), which is considered lightly caffeinated, to 150 milligrams per 8 ounces (240 millileters), which is considered highly caffeinated. This means that those looking for an extra kick may want to opt for a strong Cubano coffee, while those who are sensitive to caffeine should look for a light option. Additionally, if you’d like an espresso kick without all the caffeine content, adding more sugar will make it less intense.

What is the difference between espresso and Cubano coffee?

The major difference between espresso and Cubano coffee lies in the way these two drinks are brewed. Espresso is brewed quickly under pressure – water is forced through darkly roasted coffee grounds, producing a small and concentrated shot of coffee. On the other hand, Cubano coffee is brewed slowly by pouring hot water over medium-roast ground coffee beans, making it less strong and more mellow than an espresso shot.

Beyond brewing techniques, the ingredients used in each beverage play an integral role in distinguishing espresso from Cubano coffee. In a standard cup of espresso, 2oz of freshly ground dark Roast Arabica beans and 2oz of almost boiling water are used to prepare the drink. For Cubano coffee (cafe Cubano), 2oz of a medium-roast Arabica bean blend is combined with 4 oz of almost boiling water, resulting in a milder and richer tasting cup when compared to an espresso shot. Also, the Cuban-style drink is typically made with sweetened condensed milk or regular whole milk whereas conventional espresso shots leave out this dairy element altogether.

Overall, despite some overlap in terms of brew technique and ingredients utilized for each beverage, there are ample differences both in flavor profile and method that separates classic espressos from cafecito (Cuban-style) coffees like cafecito cubano.

The majority of people all over the world enjoy their coffee with a medium to light roast, but there are those who prefer a stronger and more intense flavor that goes along with darker roasts, so unsurprisingly, the question comes up if Cuban coffee, which is usually darkly roasted, is stronger than regular coffee.

The answer to this question depends on your definition of stronger. Cuban espresso (also known as cafecito) packs more caffeine in each serving compared to drip coffees brewed using regular ground coffee. Cubano espresso beans are finely ground and tightly packed into traditional espresso machines where pressure-forced steam is then used to brew a concentrated shot of espresso in just 25-30 seconds. The resulting beverage has about twice the amount of caffeine compared to other methods such as drip brewing or French Press. Despite having higher concentrations of caffeine it has a much smoother flavor because the shorter extraction time means that fewer oils and solubles escape into your drink. This also makes it noticeably less bitter than filter coffees or French press brews.

So while Cubano coffee may not be politically correct overseas it certainly packs a punch in terms of caffeine content. It is best savored in its traditional form – tiny cups filled with syrup-like sweetness and chased with warm milk – but can also be enjoyed solo for an intense but flavorful experience unlike any other.

How much caffeine is in a Cubano?

Caffeine content largely depends on how the coffee beans are roasted and prepared. For example, a light roast typically has higher caffeine than a dark roast. A cup of Cubano coffee will contain slightly less caffeine than an espresso shot, with an average of between 70-100 mg per cup compared to an espresso’s 80-100mg (30ml).

Although the caffeine amount in each brew may vary depending on the strength, temperature, and age of the beans used, Cubanos and espressos have about the same range for their caffeine content. It is important to note that Cubanos are usually served smaller than espressos, so it may not have as much punch when providing a quick boost of energy.

The Cuban coffee scene is an integral part of Cuban culture and dates back to the 16th century when they began cultivating coffee beans. Over the centuries, they have perfected their roasting techniques and brewed a variety of traditional coffee drinks. One such drink is the Cubano, also commonly known by its Spanish name el Cafe Cubano.

The most notable feature of this coffee drink is that it is made with two different types of sugar: piloncillo (dark brown) and panela (raw). This gives the coffee a unique, sweet taste that most coffee drinkers find desirable and satisfying. Additionally, Cubano coffee is traditionally served hot in demitasse cups that are about half the size of an ordinary espresso cup.

The Cubano brewing process starts out much like any other espresso-based specialty drink: start with freshly roasted Arabica beans, grind them for optimal taste, and brew in an espresso machine. But what sets this brew apart from others is that it requires two shots of espresso – hence why it’s also referred to as doble café or black sheep in some parts of Latin America – combined with sugar poured into either one or both shots before they are extracted. Once they’re ready, pour them into a cup together before stirring up the concoction until all the sugar has completely dissolved. The finished product should be a robust yet sweet-tasting beverage with subtle caramel overtones. Enjoy!

In conclusion, Cubano coffee is a distinct type of espresso that has been popular in Cuba for many years. It is made by pulling an evenly-balanced shot of espresso and then adding simple syrup, or azucarillo, to sweeten it. Many describe it as being similar to a cappuccino in taste due to its foamy top layer created when steamed milk is poured over the sweetened espresso.

The cubano coffee offers an alternative to ordinary espressos and lattes by bringing its own unique flavor thanks to the addition of simple syrup. It can be enjoyed on its own or with a variety of accompaniments such as pastries and other desserts. When brewed correctly, the Cubano coffee can make for a delicious morning pick-me-up or after dinner treat. 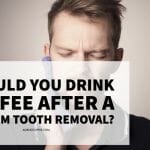 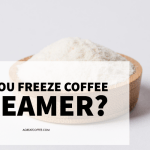 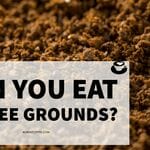 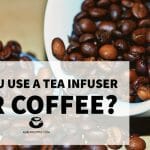