Nespresso Caffeine Content – How Much Caffeine In Your Favorite Nespresso

How Much Caffeine is in a Nespresso Coffee Pod?

It is important to understand that Nespresso doesn’t publicize its caffeine content for each pod anymore. Thus, the quantities mentioned here may not be accurate for current capsules. Nevertheless, they should give you a rough idea of the content.

According to Nespresso, capsules may contain anywhere between 60mg and 90mg of caffeine. The concentration depends on the variety of caffeine used in the capsule as well as how much coffee is in each capsule.

For instance, Robusta coffee contains an average of 2.4 percent caffeine, while Arabica contains 1.2 percent of caffeine.

As you are well aware, Nespresso coffee has two lines – Original and Vertuo.

The main difference here is that the Original line is built for producing espresso drinks. This means that the capsules produce smaller drinks, no more than 3.7 ounces at a time. The Vertuo Line, on the other hand, can make a drink that is up to 14 ounces.

Does this mean that because Original brews espressos that it has more caffeine in it? As you will see below, this isn’t the case at all.

Many people believe that espressos have more caffeine in them because they are darker and tend to have a darker and more robust flavor. In reality, though, espressos are simply smaller, more condensed shots.

It isn’t that more coffee is being used to brew espressos. Rather, there is simply less water.

This is why you should pay attention to how much coffee is contained within each capsule instead. This will give you a better idea of the caffeine content.

For instance, in the Original line, the amount of coffee is often between 5.5g and 6g. With the Vertuo line, though this can go up to 9g! This is because you need more coffee to flavor a larger quantity of water.

It is also why it isn’t easy to compare the caffeine content of these two lines. Not only do they boast different flavors and thus, use different types of coffee, but you also have to take the size into consideration.

In many instances, particularly with larger sizes, you will often find more caffeine in the Vertuo line, though.

A Note About Decaf Nespresso

As mentioned, Nespresso doesn’t give out too much of information regarding its caffeine content. Nevertheless, the company is quite strict about testing the caffeine content in decaf coffees.

Contrary to popular belief, decaf coffees aren’t completely lacking in caffeine. Instead, this type of caffeine still contains a small amount of caffeine. The exact amount can vary depending on the beans and the decaffeination process.

Which Nespresso Capsule Has the Most Caffeine?

From the Original line, Il Caffè has most the amount of caffeine. With the Vertua line, the Dolce XL has the most.

Now, the Original Line is associated with espressos and darker coffees than the Vertua line. However, this doesn’t mean that the Dolce XL does contain more caffeine. Instead, as mentioned, caffeine content will vary by the amount of coffee in a capsule.

As mentioned, most coffees in the Vertua Line are made for larger cups. If the amounts were to be equaled out, though, there is a chance that the Il Caffè and Dolce XL may actually even out.

What Do Nespresso Intensity Numbers Mean?

Now, when you purchase Nespresso capsules, you will notice that one of the distinguishing features of each type of capsule is intensity. The intensity ranges from 1 to 11. Many of the coffees are around 4.

With Nespresso, intensity is used to define the degree of roasting and body of a strain of coffee. It also correlates to bitterness.

Therefore, the greater the intensity rating, the stronger and more bitter the coffee will be.

A common query is does intensity relate to caffeine content? Does a more intense Nespresso capsule contain a greater amount of caffeine?

Well, he two actually don’t have any kind of relation to another.

As previously mentioned, there are only two things that will determine caffeine content. The first is the kind of beans used in a capsule. The second is the quantity of coffee grounds per capsule.

Just because a cup of coffee tastes bitterer or stronger doesn’t actually mean that it has a higher caffeine content. That simply means that the coffee has been roasted for a longer period of time.

Is Nespresso Stronger Than Coffee?

This is a rather broad question. To really understand it, you must first appreciate the distinction between Nespresso and other types of coffee.

To begin with, there is no difference between Nespresso and the coffee grounds that you use for drip coffee! That’s right, they contain the same ingredients.

Most brewed coffees contain about 70mg – 140mg per 8 ounces of coffee, although, the average is closer to 95mg. An espresso will contain about 63mg per 35 to 50ml, while a double espresso can contain as much as 125mg.

As you can see, these quantities are quite similar to what you will find in Nespresso capsules.

As with Nespresso, it can be difficult to determine just how much caffeine is in a particular cup of coffee. The content can vary quite a bit with one brand to another. This is why most brands will provide you with a probable range rather than with an outright number.

One thing that you should be aware of, though, is that your caffeine consumption is often a lot more consistent than when you make coffee for yourself.

This is because the quantity remains constant for every cup of Nespresso. When you measure out the grounds yourself, though, there is always some discrepancy.

Now, last but not least, there is instant coffee. How does Nespresso measure up here? Instant coffee actually has the least amount of caffeine from all the coffees. There is usually only 30mg to 90mg per cup. Naturally, you can expect quite a bit of discrepancy here as well.

Tracking Your Caffeine Intake with Nespresso

A greater number of people are trying to limit their caffeine intake or simply want to know how much they are drinking. As you can imagine, this is pretty tricky with Nespresso as the content isn’t released.

Then, how can you track your caffeine intake with Nespresso?

If you are someone who whips up different Nespresso drinks during the day, then it is important to consider that each capsule has a separate quantity. Thus, you should simply calculate each cup of coffee with the same content.

Also for this purpose, it is always best to overestimate. As you will see from the list about, most of the Nespresso pods have a range. To stay on the safe side, it is a good idea to assume there is more caffeine in a particular pod than less.

This can help you to stop you from going over your limit for a single day.

You may also want to pay attention to how you are feeling throughout the day. If at any point you start getting the jitters or feel irritable, then it means that you have consumed too much caffeine and need to cut back.

Also, be mindful of your sleeping patterns. In case you are finding it harder to fall asleep or wake up during the night, the excess caffeine may be to blame. This is a good time to begin dialing it back until you have reached a healthier amount.

You can drink up to 400mg of caffeine a day without feeling any side effects. Nevertheless, you should be aware that this is different for each person. Some people can easily drink more and not suffer from any issues.

Those who are sensitive to caffeine, though, may notice changes to their mood, behavior, and sleep after drinking far less. Thus, it is important to figure out your specific limit and to stick to it.

It is clear that there is a lot more to the Nespresso caffeine content than you might have previously imagined! There is quite a bit of discrepancy, which the caffeine levels going from practically negligible to incredibly high!

You also have to be aware that there is a difference in caffeine quantity between the various lines as well. Now that you are aware of just how much caffeine is in each capsule, though, you now have a clearer idea of your daily consumption.

This can make it a lot easier for you to get a handle on your caffeine intake or simply to be a better informed consumer!

Samuel Author
Samuel is a coffee lover and a writer. He's travelled extensively throughout Southeast Asia and has soaked up the sun, the culture, and of course - the coffee. He loves to write about his experiences, and he hopes to travel even more in the future. 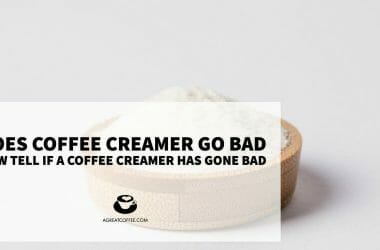 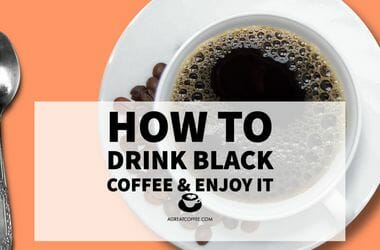 How To Drink Black Coffee And Enjoy It 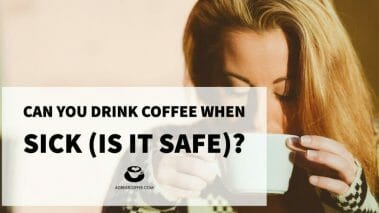 Can You Drink Coffee When Sick (Is It Safe)?

Whether or not it’s safe to drink coffee while you’re sick depends on the illness in question. In…
Read More 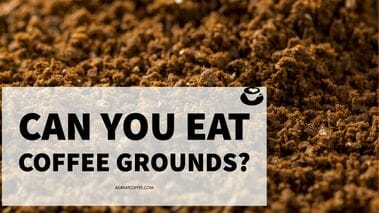 Can You Eat Coffee Grounds?

Coffee grounds are edible, but as you can imagine, this doesn’t tell you much about whether or not…
Read More 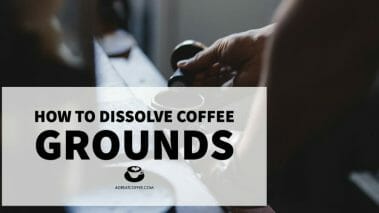 How to Dissolve Coffee Grounds – All Viable Methods Discussed Here

Have you got into the habit of dumping coffee grounds in your now-clogged sink? Or, perhaps the grounds…
Read More